oin our Croissant Class in Paris, and let one of our Pastry Chefs, using some of the finest ingredients, show you how to bake the quintessential Parisian buttery (and some will say decadent) Viennoiserie: le croissant. The complexity resided in making this leavened pastry dough with a perfect lamination. A technique a classically trained French pastry chef – and you after this baking course - would reapply to make Chocolate Croissants, Kouign Aman or even Mille Feuille (aka Napoleon).

Our Baguette and French Breads Class in Paris Step by Step 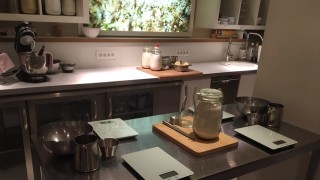 STEP 1: All our croissant classes in Paris are hands-on and we cook from scratch.  First things first: let's weigh the ingredients. 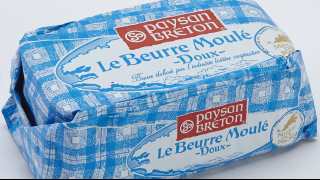 STEP 2: Once the ingredients are ready, it is time to start mixing it all together, lay it flat, and incorporate the magic French ingredient:butter! 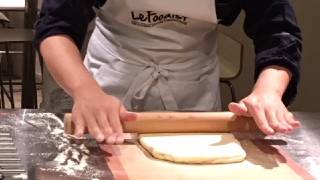 STEP 3: And then it is time to fold - the right temperature, pressure and motion will all be critical to your success in the first of three foldings. 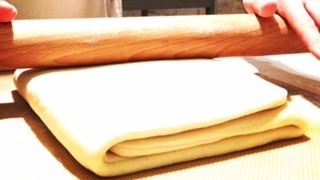 STEP 4: After multiple folds, the magic of the laminated dough is starting to reveal itself.  It is those multiple layers of doug and butter which make the French croissants so special. 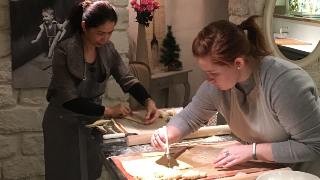 STEP 5: The layers are ready to be rolled into the famous croissant - probably a good time to ask your Chef why it has that ... croissant shape. 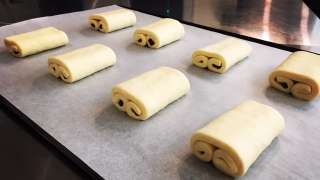 STEP 6: Now of course you can use that dough to make different types of "croissants" like the famous Chocolate Croissants - which we call Pain au Chocolat. 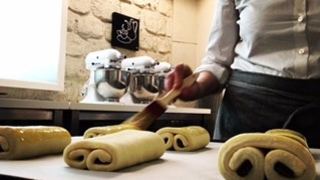 STEP 7: The croissants now just need to prove a little, and with a little dorure to give it that golden shine, it will time to bake them - the last step before the most important one. 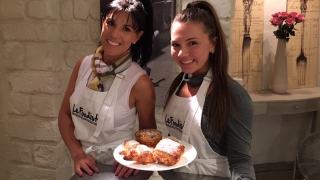 STEP 8: It is time to eat!  At long last you are rewarded with warm croissants that you have made yourself - and will now know how to make for all your friends and family!

What a wonderful class learning to make croissants in Paris the owner /instructor was excellent, talked slow was very helpful. She shared lots of technique. It was very personalized. just enjoyed it overall. I highly recommend it as a great experience here in Paris.

Definitely would recommend it to everyone!

My daughter and I took a bread baking class with Florence, and it was so much fun. Florence was patient and fun and explained it all so well.

My family of 5 (including our 12 yr old daughter, 12 yr old son, and 15-year-old son) had the amazing time taking a Baguette/ French bread baking class at Le Foodist with Chef Florence. We learned the art of baking baguettes, ciabatta, and brioche, and we all were very hands on creating our own breads. Florence was patient and engaging, and she had a wonderful sense of humor too, all of which made for a perfect and fun experience for the kids and adults alike. We have since even used one of the recipes at home! It was such a memorable highlight of our trip, and I would highly recommend this class!

Check our Other Baking and Pastry Classes 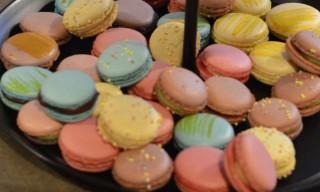 Discovering culture through food is what we want to do when we travel. So we have developed all our experiences with that simple idea in mind: ensure that you learn both about the topic at hand, but also about French culture in the process. So in our food tours, we will talk about the history of various aspects of French food, in our cooking class in Paris about how certain dishes became so important in our culture. During our wine tastings, we will explore the regional differences in French culture. And, a regional residential holiday is an opportunity to deep dive French food culture to its core and foundation: the regional gastronomies, and the concept of terroir. Follow the links to explore further. 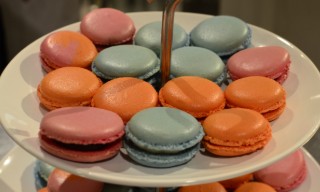 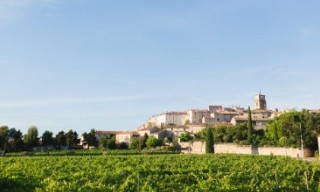 More About Our Croissant Classes

Getting a bit technical during our Baguette Class in Paris

The French baguette, actually probably better known as the Parisian baguette has beome a true symbol of French popular gastronomy. A true icon of French life even - look around and you will see the Parisians strolling back home with their baguettes under their arm. But if you are French why would you learn how to do this? You can buy a baguette at any corner of Paris for about one Euro a piece.  But in our Baguette Class in Paris  you will learn how do this from scratch. It is somewhat technical, but also full of tips and tricks. But when you leave, it will have not secret left for you. From the original mix to the famous "scarification" through adding water to your oven through baking, you will see and do it all.

Learning more during your Baguette class in Paris: Croque Monsieur Bread and Brioche

This class is like all our other baking or cooking classes: totally hands-on. So you get to practice from beginning to end - and to taste at the end. But not only will you learn how to make Baguette, but you will also learn to make two more types of bread: the French Croque Monsieur bread. The basis for the classic French bistrot appetizer. And in your Baguette class in Paris you will also learn how to make your own Brioche. Probably the most indulgent bread you will find in France - if not the lightest ...

While you will learn the techniques to create - and get to taste - three classic types of French breads, you will also learn some of the stories on the origin of the baguette. Just beware it is still being quite hotly debated. What is for sure though is that the Baguette is absolutely part of today Parisian's life. A classic you will be able to take back home with you.