French Dishes: What are Some Traditional Food in France?

If you're looking to try your hand at making some classic French food it's important to know what they are. Many that we perceive to have been created in France (like pommes frites) actually weren't created here at all! So, what are some typical foods from France?

France is home to many amazing culinary creations you can enjoy, like quiches and soufflés. Many baking and pastry classes in Paris often teach people how to make these because they are such an iconic part of the country's culture. However, these aren't the only ones. There are plenty of other ones that you should take note of, many of which aren't well-known but extremely tasty.

When preparing or enjoying French recipes you'll find that most of them contain a few key ingredients which are what gives them their unique taste. Many staple ingredients in classic culinary works are things like cream, cheese, and butter. These are what give a sophisticated flavor and creamy texture to them, something you can't find in other world cuisines.

A quiche features a fluffy puff pastry crust that's filled with a mixture of fresh eggs, milk, and Gruyère. Sometimes some might even feature vegetables or diced meat mixed into them. While it actually originated in Germany, France claimed it as one of its own and added its own iconic touches to it.

This fish stew is very popular in Marseille, which is where it was first created by local fishermen. These fishermen longed for a seafood dinner they could enjoy and came up with this tasty combination of fish and spices in a warm broth. Bouillabaisse includes seafood, like the scorpion fish, from the Marseille coast and adds a delicious mixture of vegetables, spices, and pastis (an anise-flavored liqueur) to it.

This soup is actually supposed to be eaten in a certain way even though it's considered a stew. You're to first eat the warm broth that the seafood pieces and vegetables are soaking in before you dive into the larger pieces.

One popular food known worldwide is this one. This onion soup was created in Paris back in the 18th century. While the complete story behind its origins isn't known, it's thought that Louis XV created it when only a few ingredients, like onions and beef broth, were in his pantry.

Today, it's well-known for its salty and mesmerizing mixture of beef broth, caramelized onions, and broiled Gruyère that floats on the top.

This colorful vegetable creation is believed to have been first made by poor Nice farmers who wanted a tasty vegetable arrangement to make with their summer harvest. Ratatouille features vegetables like eggplant, tomatoes, garlic, pepper, and zucchini arranged nicely in a pan and drizzled with olive oil and herbs.

Most people would immediately point to this food when asked to name a classic meal. Escargots is a popular starter for lunch and dinner here that features land snails stuffed with garlic and butter inside their shells and cooked in the oven for a few minutes. The taste of escargots is very similar to clams soaked in butter.

Coquilles Saint-Jacques is such a historic dish in France that it has its own designated day to celebrate it, May 16th. Coquilles Saint-Jacques is unique as you're served a scallop still on its colorful shell but coated in a delicious sauce made up of butter, cream, Parmesan, and mushrooms. There are also some breadcrumbs sprinkled around it to add a crunchy texture to the sauce.

Similar to Brie, Camembert is a soft cheese created in Normandy and is known for its slightly sweet flavor. Made from cow's milk, Camembert has a pale yellow tint to it and is known for being a somewhat healthy option thanks to its low-fat content. Baked Camembert is often put whole on a baking tray and into the oven for a few minutes so it slightly oozes from its tough shell. After melting in the oven, it can then be spread on a freshly made baguette.

A quick look at this ancient French recipe and you wouldn't think it would be that difficult to make, but it is. This egg-based delicacy first created back in the 1700s is known for its delicious combination of flour, Parmesan, milk, and nutmeg that slowly rises up to create a puffy topping. However, one wrong move cooking this delicate creation and your soufflé will instantly pop.

This food was created in Savoy and features potatoes and onions covered in a gooey Reblochon and wine sauce. Sometimes diced ham is added to it as well to give it an extra burst of flavor. Many new twists on this tartiflette have been created throughout the years but its classic recipe gives it a taste like no other.

Blanquette de veau (which translates to veal in white sauce) is a popular thing to eat in France. Made from scraps of roasted veal, it involves boiling the meat in water, salt, and onions before covering it in a luscious mushroom sauce and piles of rice.

Created in the region of Bourgogne, oeufs en meurette (eggs in red wine) is a sought-after dinner in France. Its poached eggs are covered in a deep red sauce that's flavored with bacon, onions, mushrooms, and rosemary. To help sop up the mouthwatering sauce from your plate, it is served with bread.

While many of its meals are savory, France is also well-known for its desserts. Pain au chocolat is a delicious combination of a buttery yeast roll that's filled with a creamy chocolate sauce. Its popularity began in Paris during the 1800s and has become a staple for French breakfasts. If you travel to a bakery in this country you'll be sure to find this pastry for sale.

There are plenty of classic French dishes you can enjoy making and devouring in your own home or when you travel to the country. The ones mentioned above are sure to help you immerse yourself in its culture and culinary history in a unique way. 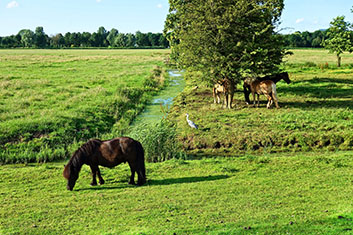