Why is Bread a Staple Food in France?

Though many cuisines throughout the world feature all types of breads, it seems to hold particular importance in French culinary culture. It's included in nearly every meal, and there's a whole school of etiquette devoted to it - in fact, asking for butter is as much of a faux pas as salting dishes before you taste them.

While a baguette in modern times is mostly just a way to sop up the remainders of your steak-frites, it was a major component of the average Frenchman's diet throughout history, and some would say it even sparked a revolution.

The Historical Role of Bread

Though a culinary class may teach you how to make bread, your course may not tell you about its important historical significance. In the 18th Century, the average person subsisted primarily off of it, and workers typically spent roughly half of their daily wage on it. In fact, it was so important to national identity that people considered it to be a public service, and the police even regulated bakers and bakeries.

Many historians even cite it as one of the primary causes of the Revolution. When grain crops failed in 1788 and 1789, prices shot up, causing famine and economic upheaval. Many blamed the ruling class for these problems, and soaring prices contributed largely to the average person's anger against the monarchy. This anger eventually boiled over into uprisings, leading to the storming of the Bastille in July of 1789 and the ensuing Revolution.

The Revolution and Spread of Food Culture

France's renowned culinary culture actually stems partly from the aftermath of the Revolution. Because so many aristocrats fled or were executed, their kitchen staff had to find new means of living, so many of them opened restaurants throughout the country. This exquisite culinary culture thus spread to the masses, which is why the art of French cooking is so revered today.

Though learning how to make a baguette is relatively easy, learning its role and surrounding etiquette can be a bit trickier. Baguettes and other breads, meat, and cheese comprise the main basis of meals throughout the country, and each component has its own rich history and etiquette. Today, bread remains at the core of many meals, and bakers even bake twice per day to ensure there are fresh loaves for both lunch and dinner.

There's also a slew of "breadiquette" rules that you must follow at dinner. Nibbling it prior to when the first dish has arrived is considered rude, and you must always use your fingers to break it - never a knife or your teeth. You'll rarely have any kind of spread available for it, but you're welcome to use it to mop up your plate. Finally, most places will not provide you with a separate plate, but it's acceptable to simply set your baguette on the table. 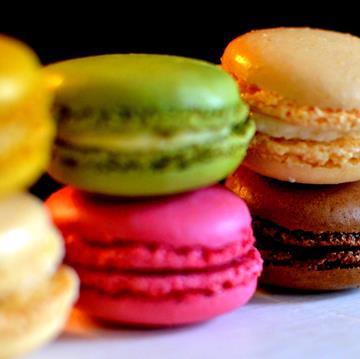