Cooking Holiday in the Loire Valley 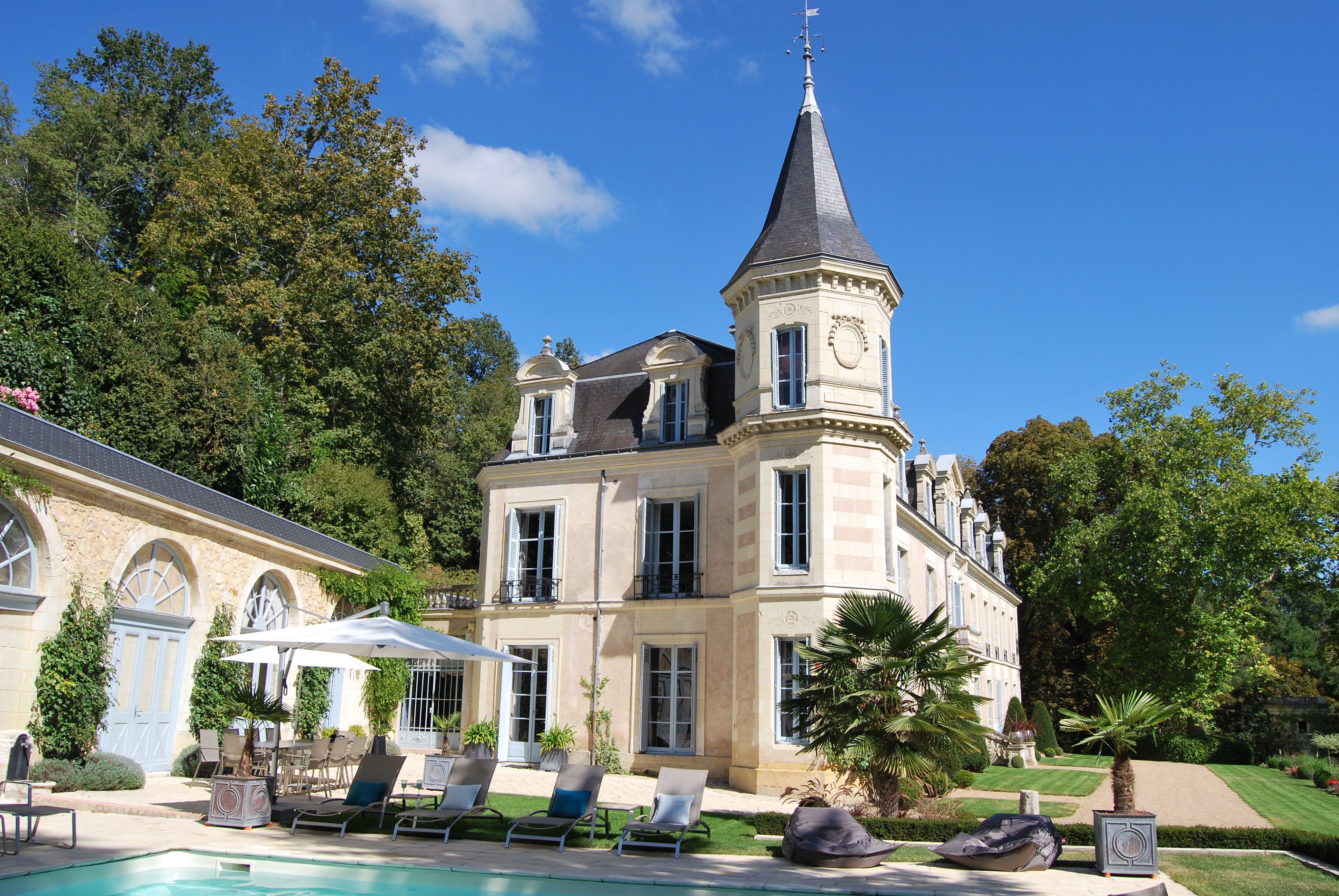 WELCOME TO THE LOIRE VALLEY!

We are very excited about this, because Fred was actually born and raised in the Loire Valley, in a town upstream from where we will be called Nevers - some miles away south of the hill of Sancerre. But besides that personal tie, the Loire Valley is so wonderful that it has welcomed many talents and figures which have marked European history over the centuries: from Rabelais considered one of the inventors of modern European writing for his creation of Gargantua and Pantagruel, to Lenoardo through so many French Queens and Kings as famous as Eleanor of Aquitaine or Catherine of Medicis. And we will be in their footsteps through our various excursions going from Leonardo’s last residence to Eleanor’s through Rabelais birthplace’s area when visiting the vineyards of Chinon.

But the Loire is also the land of a wonderful gastronomy built on a rich variety of produce. And some very quintessentially French sauces: think Beurre Blanc! Invented in the Loire, a defiantly simple sauce which is the perfect accompaniment to some fish built on simply shallots (shallots who are to the Loire what garlic is to Provence in a way), vinegar and butter. So we will explore this sauce of course, but many others as well during this one week culinary adventure. We will explore the local fish of course, but also poultry, pork and beef. And all those wonderful fruits and vegetables that the early fall has to offer to go with them. It truly is a splendid region to cook, drink wine and be merry!

WHERE IN THE LOIRE VALLEY - Chateaufort in Langeais

Chateaufort is a luxurious private property which really feels like a castle – a medieval dining room to welcome us, but also swimming pool, gym, and even a pool table. With rooms beautiful and full of character. Perfectly located west of Tours, close to many vineyards and castles (as often in the Loire), this will be our adobe for that week.

Chateaufort is only about one mile from the most stunning medieval castle in the valley, the castle of Langeais – in the center of the Langeais village which is home to a wondrous local market and some very nice restaurants as well.

Leonardo, a man of genius if there ever was one. And the confident of kings – of one in particular, Francis the First, who brought Rennaissance back from his Italian Campaigns to France; and to the Loire in particular. He was so impressed by Leonardo that he got him to come with him to the Loire, while he was staying at his castle in Amboise. And so we will get to visit the property, called Clos Lucé, where Leonardo spent the last three years of his life creating, dreaming, engineering, and exchanging with the king on a daily basis.

And while we will get to visit the Clos Lucé with a private tour in English, we will also get to learn about the secrets of Rennaissance cooking with Sieur Sauzon, master of the kitchen – and of the Rennaissance. A totally unique experience.

To gather what we need to cook we will wander around the local market of Langeais, where we will be staying. And while Langeais is also the home to the only medieval castle worth a visit in the Loire Valley (most castles are Rennaissance castles) it is also home of a wonderful local producers market on Sundays, and home to some very nice tables in the region. All of which we will explore of course!

Visit the most Amazing Fruit and Vegetable Garden of France

In the farm to table movement, we do not always do justice to what in France we call the Jardin Potager – the house garden where families for centuries were growing what they needed to eat. Call it the original farm in the farm to table expression. Well, there are thousands such gardens in the Loire Valley of course; but because this is the valley of 80 castles, there is one vegetable and fruit garden which is just the most amazing – and beautiful fruit and vegetable garden of France, Villandry.

We will also go and cook with a local Chef, Vincent, who actually relocated from Belgium after he realized that the Loire was just the perfect region to reconnect with that very old idea of farm to table. So we will explore his garden, learn how to cook the perfect poultry with him – that is raised by his son – and of course taste it all with many other local wonders.

A ROYAL MEAL AT FONTEVRAUD ABBEY

No one week culinary adventure in France with Le Foodist would be complete without tasting some of the best that French tables have to offer. And it is at the Michelin starred restaurant in the Royal Abbey of Fontevraud that we will have this amazing experience. While enjoying the Abbey’s peace – an abbey which was the last residence of Alienor d’Aquitaine, the woman who was once Queen of France, Queen of England and the mother of Richard Lion Heart.

For a bit of background about the Chef, in the early 1980’s Paul Bocuse was the first to imagine a cooking competition where people would actually see the Chef cooking from scratch, effectively opening the back kitchen of restaurants to the large public. It seems so obvious now that all restaurants have ‘open kitchens’, and that we have reality TV shows but in the early 1980's it was a BIG idea – and it actually happened for the first time in 1983 at the yearly Lyon food fair, today known as SYRHA (which stands for Salon international de la restauration de l'hôtellerie et de l'alimentation) and is a play on the word SYRAH which is the way we say Shiraz Grape in French. Shiraz grape which is grown predominantly in the region south of Lyon called Côte du Rhône … (so now, you know).

This idea was a success and became institutionalized as the Bocuse d’Or competition in 1987, and evolved in many steps through the years. The US Team won the Bocuse d’Or for the first time in 2017 actually. And the great news is that you will get to taste the food of one of the winners of the Bocuse d’Or 2013, effectively one of the best and most competitive chefs in the world, Thibaut Ruggeri, a his Michelin Starred restaurant at Abbey de Fontevraud. Expect to be wowed away.

DISCOVER THE VARIETY OF THE LOIRE VALLEY WINES

One thing which makes the Loire valley so delightful is the variety of wines we can discover there. Wine is a perfect example of how the Roman and the Celtic culture contributed to the French culture. The romans, who had inherited the art of making wine from further east in the Mediterranean, brought their wine culture knowledge to France. But when the Romans came to the land today known as France, it was occupied by Celtic and Germanic tribes – who did not make a lot wine. But on the other hand they were very very good at making casks – oak based mostly. And this is how the wine found its barrel.

Explore all that Goes into Making Great Wines

A French poet, famous among all French teenagers (and therefore all adults who obviously have all been teenagers one day), called Baudelaire, once wrote: Qu’importe le flacon pourvu qu’on ait l’ivresse (loosely translated as: who cares about the bottle as long as we get drunk). It might be the reason why he is so popular among younger ones actually. But more importantly, he was a man who could write beautifully about things he fantasized but knew nothing about. And such is the case for wine. Becauase actually the bottle and more importantly the cask where the wine is stored, and how it is stored, and many more things DO matter in the experience we have of wine. Meeting with different local experts will help us understand better all those decisions wine makers have to go through to deliver the pleasure we get in a glass. 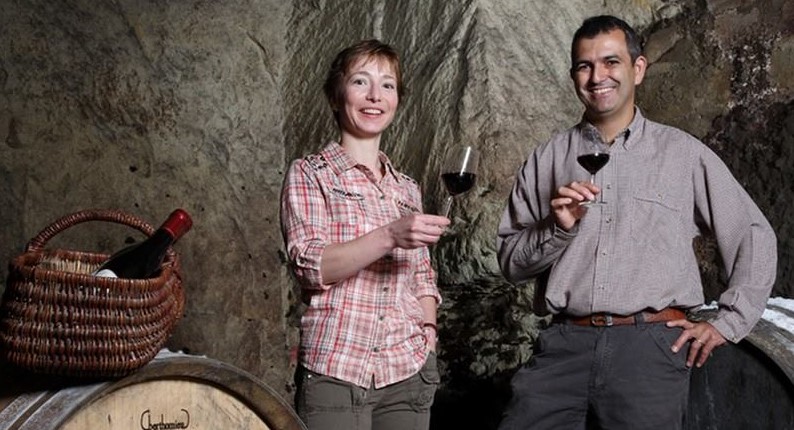 In France for reasons we will discuss further during that week, one of the parameters we believe matters the most is where the wine comes from. To make a long story short, we developed the associated concept of Terroir (derived from the word Terre which means soil) and it basically means that in France we believe what you (can) do depends on where you are. Because over time (long periods of time), people have adapted their local production to local conditions – which are defined by the soil, but also the climate – and very importantly the people themselves who develop traditional knowledge aka know-how.

As we go through the region of the Loire Valley, we will visit multiple sub-regions and the wine makers will talk to us about their Terroir, and what it means for their wines. But along the process of making wine, starting with how to even cut the grapes to when to harvest, how to harvest, how to vinify, when to start and stop that process, and how to conduct it, the wine maker has many choices to make. And as we go through 4 different wine tasting visits at different wine producers we will explore those various aspects of what I like to call “strategic wine making” – meaning how the wine maker chooses the kind of wine she produces.
In this part of the adventure, we will be guided by Vincent, a native from the Loire Valley whose passion for wine took him to make his own, but also guide people around it for over 10 years will be your guide. Having lived for a while in North America, he brings a breadth and depth of experience which is pretty rare when meeting these local producers and their wine. I believe you will never drink wine the same way after these experiences.

So now, you probably understand why we are very excited about such a rich program, and hope you will get the chance to join us.

A bientôt on the Loire!

Where will we be?

In Summary, pretty much everything

Transfer from and to Tours

6 Hands-on Cooking Sessions of 1,5 to 3 hours each

All visits and wine tastings

How do we get there? 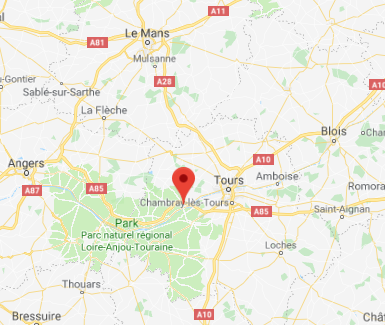 Whether about terms and conditions, who to come with or what to bring ...