Gontran Cherrier was born in 1978 in Normandy in a family of bakers and pastry cooks since 4 generations. He learned the family trade and pursued his passion at specialized schools alongside the best of his time, until he opened his first bakery in 2010 at the foot of Montmartre, Paris.

There, in the heart of Paris, he indulges his youthful imagination, enriched by worldwide travels, from Europe to Morocco, from Russia to South Korea, where he explores new tastes and picks up local traditions, transforming ancestral techniques and creating new harmonies, often with exotic ingredients: miso, chickpeas, cumin or squid ink... His bakery enjoys rapid success and expansion abroad, thanks to the generous variety of colours and flavours, but also to his flamboyant style. Gontran Cherrier participates regularly in TV shows, becomes a personality, is even elected the sexiest baker of France.

The croissant proposed by Gontran Cherrier is recognizable thanks to its particular form. The points are thicker, the layers are very apparent... As concerns preparation, extra-fine Montaigu butter is used for the dough, the trimmings of the previous day are kept and added into the kneading of the new dough, which gives it a slightly fermented taste; only two folds are made, instead of three generally, which explains the particular character of the puff pastry. As a result, the croissant tastes of fresh butter and caramel, with a marked contrast in texture between the crisp 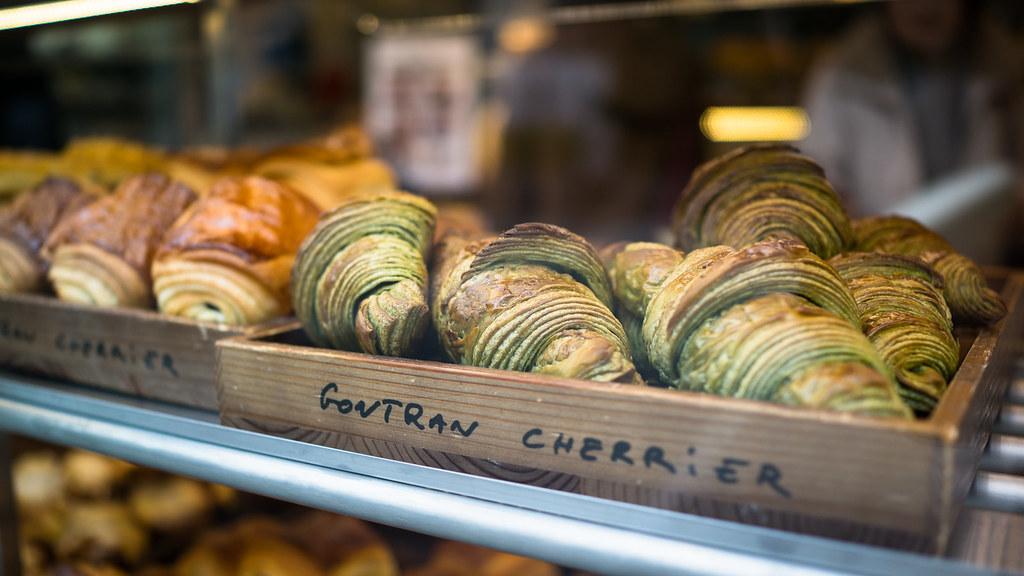