Tasting a Chestnut Macaron at LeNotre

Credited with revolutionizing pastry making in France, Gaston Lenôtre is a legend in the history of French cuisine, on the same level as famed chefs Marie-Antoine Carême or Georges Auguste Escoffier. Founded in 1957 in Paris, Lenôtre emerged during the “nouvelle cuisine” era in French culinary history. Reducing the amounts of dry ingredients like sugar or flour, and snubbing heavy fillings like crème patissière, the chefis remembered for his use of fruits, fresh flavors, and lighter ingredients. He is associated with the Opéra pastry, a chocolate and coffee layered cream cake, which he claimed to have invented in the 1960s.

Lenôtre was introduced to the culinary craft early on: his parents were both cooks in Paris  (his mother notably worked for the Rotchschilds). He opened his first bakery in 1947 in Normandy and used the funds from this venture to open a bakery ten years later in Paris in the 16tharrondissement. By the 1960s, Lenôtre expanded to catering and non-sweet foods. He quickly became a star in French cuisine, boasting about 60 boutiques in more than 10 countries. In 1971, Lenôtre opened a school in the West of Paris in the Yvelines, training some of the most talented French chefs of the current generation (like Alain Ducasse and Pierre Hermé). For his 80th birthday, a 33-foot high cake was built at the Trocadéro, its impressive height echoing the nearby Eiffel Tower.

By the end of the 20th century, Lenôtre was sold to a big French multinational group. I have been told that the quality of Lenôtre pastries has since somewhat waned. From my personal  experience I can highly recommend their chestnut macaron, which attracted me instantly because of its delicate bits of golden decorations! The flavor was interesting and the whole pastry was perfectly moist and scrumptious. 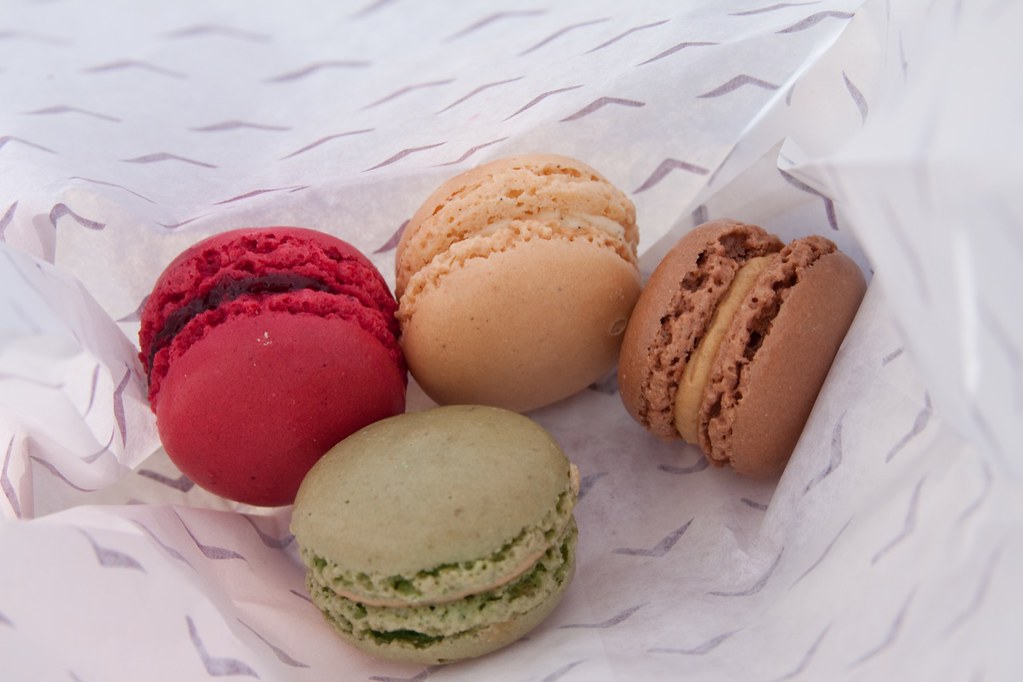 "Lenotre Macarons" by edwardkimuk is marked with CC BY-NC-ND 2.0. To view the terms, visit https://creativecommons.org/licenses/by-nc-nd/2.0/?ref=openverse