As a child, Nicolas Cloiseau spent all his free time in his uncle’s restaurant and got acquainted with the job, more particularly attracted towards the sweet side of gastronomy. After his training in pastry, a friend craftsman advises him to apply at La Maison du Chocolat. Created in 1977 by Robert Linxe, this establishment is a synonym of elegance and quality worldwide, with 41 shops in the most beautiful avenues of Paris, Tokyo, New York, London and Hong-Kong. He is hired there on the spot and, contrary to many other pastry cooks and chocolate makers, Nicolas Cloiseau remains in this single house, in which he expresses over the years all his artistic potential and his perfectionism. He has now been working there for 16 years, rising through the ranks and creating a decoration workshop. He was appointed Best Chocolate Crafstman of France in 2007.

Nicolas Cloiseau claims loud and clear to be the heir of Robert Linxe. He aims at transcending classical quality, excelling with fresh creativity. In his latest creations, the taste of dark chocolate is more clear-cut, pastries are less sweetened, texture and flavour are deliciously surprising. A clear example is the chocolate and raspberry “Salvador”, which blends soft cocoa sponge cake soaked in dark chocolate, with luscious chocolate mousse, the slight acidity of jelly made with fresh raspberry jam and the vigorous chocolate icing.

Fascinated by what he calls “quintessential tastes”, he shows a marked preference for South American chocolate, of which he appreciates the incomparable subtlety. He likes mixing cocoa beans of different varieties, as in “Maracuja”, where he blends Peru and Ecuador beans, with an added note of passion fruit; or in “Caracas”, a soft and full-flavoured candy enriched by a bouquet of Ecuador-Ghana-Venezuela cocoa beans. In 2015, he created audacious chocolates perfumed with pepper, onions, mushrooms and olives... His last creation is a caviar box, in which we can discover pralines with almonds, hazelnuts and caviar, and ganaches flavored with vodka.

Nothing can stop Nicolas Cloiseau in his delightful quest of novelty. 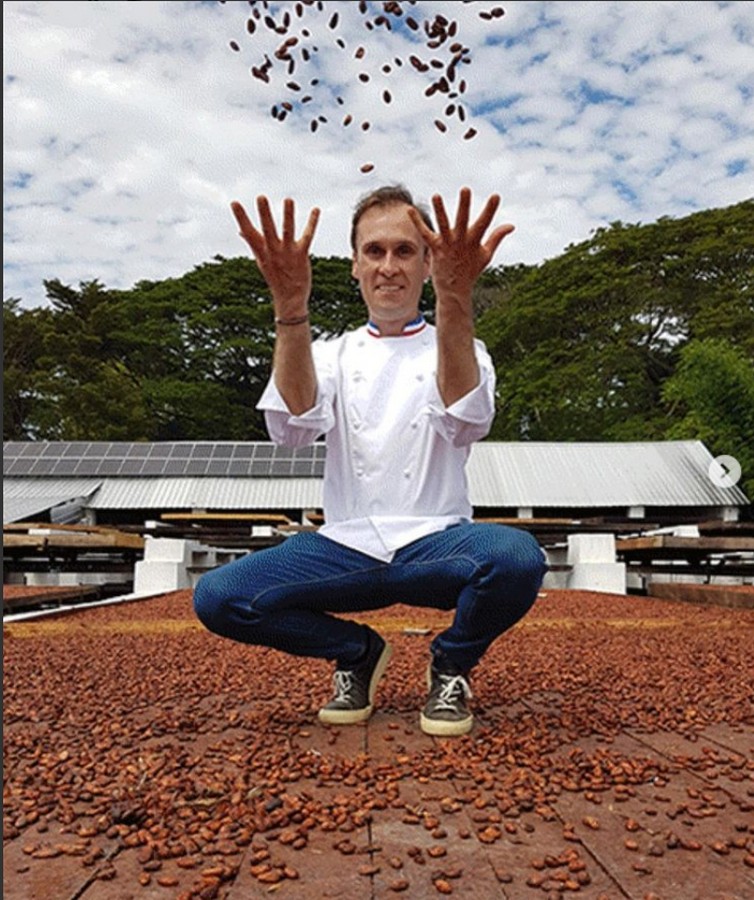