When it comes to French gastronomy, Dalloyau has a long and rich history. In the 17th century, Louis XIV discovered Charles Dalloyau’s talents when he was the Prince de Condé’s boulanger at the Château de Chantilly. Dalloyau was the first in his family to bake for the court, paving the way for four subsequent generations. Dalloyau, his brother and their sons received the highest culinary title “Officier de la Bouche du Roi” (Officer of the King’s Mouth), and later even became ennobled, gaining the privilege to wear a sword in the king’s presence!

After the French Revolution, the family name lived on when one of the descendants opened a boutique named “Dalloyau”. The idea was to sell prêt à emporter (take out) to attract a specific clientèle, namely the emerging bourgeois class. In 1820, Dalloyau opened a salon de thé (tearoom) and an ice cream shop in 1898. The brand is also associated with the Opéra cake (layers of sponge cake and ganache buttercream, immersed in coffee syrup, and topped with chocolate glaze), which their chef, Cyriaque Gavillon, claims to have invented in 1955!

Although generally poorly ranked online (ranging from 21st place on the ideemiam website to 8th on the atelierdeschefs website), I was pleasantly surprised by their chocolate éclair! A tad expensive (4 euros and 50 cents), the pastry was noticeably longer and thicker than most éclairs I have tasted. The chocolate was very dark and savory. Dalloyau has been criticized for becoming more “industrialized” in recent years and their pâte à choux, which I found a bit bland, may be a reflection of this. This small defect unfortunately took away from the other great qualities of the éclair! 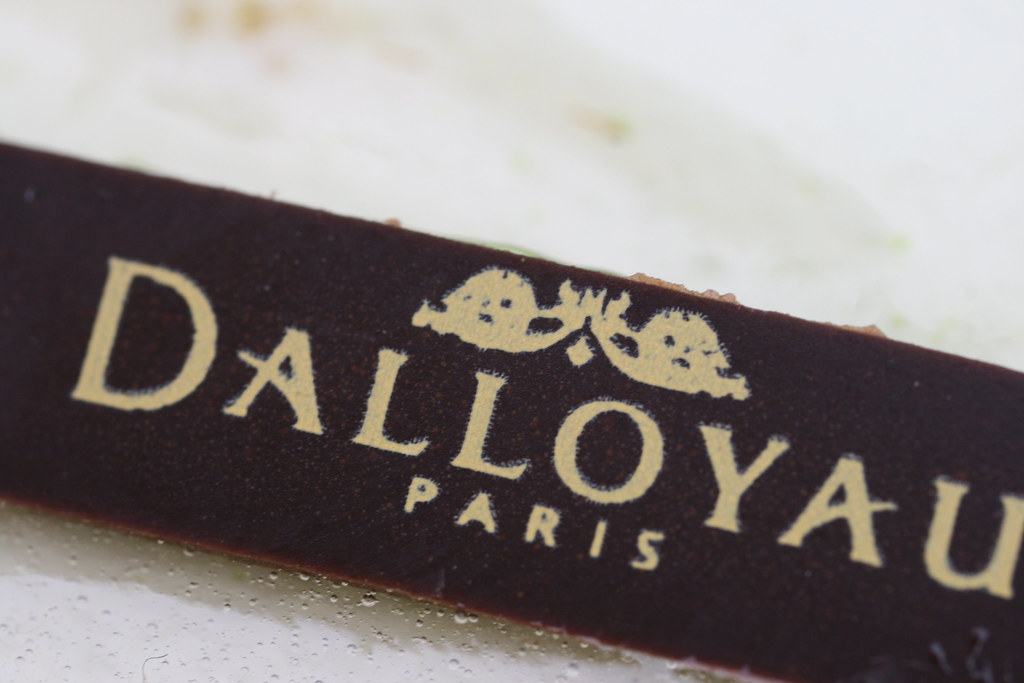 "Dalloyau" by quinn.anya is marked with CC BY-SA 2.0. To view the terms, visit https://creativecommons.org/licenses/by-sa/2.0/?ref=openverse