The history of French cooking traditionally starts in the early Middle Ages with the elaboration of culinary treaties and cursory recipes. However, to get a clearer picture of how French cuisine got kick-started into History, let us bypass the Dark Ages and focus on some of the sweeping changes that occurred during the Renaissance.

First off, French dishes were generally acid before a sugar-mania hit the country in the 16th century – sugar was put in water, wine and even on fish and meat! This trend helped bring about a fundamental change in French eating habits in later years: a clear distinction was made between salty and sweet dishes, and dessert was consistently served at the end of the meal. Additionally, butter was slowly becoming a staple of French cooking, although it took some time for this foodstuff to cease being considered “poor people fat”. The refinement of French cuisine and these culinary changes are generally attributed to the arrival of Catherine de’ Medici and her band of genius Florentine cooks at French court!

French food truly became a model for other cuisines in the 17th century, in great part because of Louis XIV’s magnetism and the allure of his new playground, Versailles. Once again, let us jump forward to what I consider to be the heart of the matter – the 18th century. First off, people started eating with forks in this century! Although the fork was a common utensil in places like Italy, the French thought for a long time that this was a silly way to eat, and mostly used their fingers. During this “siècle des Lumières” (the Enlightenment) cuisine became a hot button topic, subject of intellectual debate and writing within France: food was described as an art form and discussed in terms of harmony, chemistry, and spirituality.

The 1789 Revolution upset the social and political foundations of France, and while many lost their heads (not just the king, but also some of the revolutionaries that led the Reign of Terror like Maximilien Robespierre), the country’s culinary arts flourished! The advent of the restaurant and the restaurateur after the Revolution in France marks a crucial step in the evolution of French cuisine. New dynamics were forged that still inform our culinary experiences today: the chef is accountable to his clients and works to gain favorable critiques to attract more patrons.

French cuisine became more accessible in other ways: by the end of the 17th century and well into the 18th, cookbooks on “cuisine bourgeoise” became very popular in France. This cuisine, typically buttery, rich in meat, sauces and cooked for hours in simmering jus (juices), was an adaption of aristocratic food served at court. Regional dishes like coq-au-vin (rooster with wine), boeuf bourguignon (beef stew), bouillabaisse (fish stew) and gratin dauphinois (potato and crème fraîche dish), as well as the mother sauces made from roux like béchamel, hollandaise or the espagnole, are all examples of this cuisine. 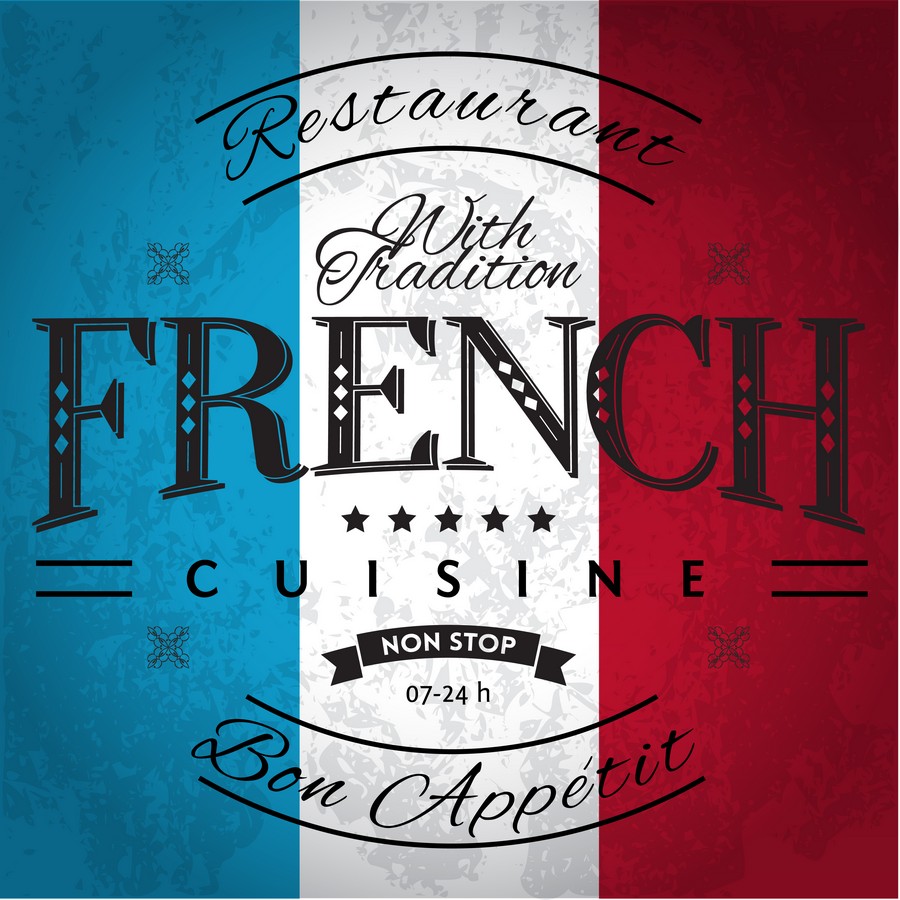 The 19th and early 20th centuries were instrumental in establishing the role and status of chefs in French society, as well as setting a strict, codified rationale to kitchen work. For instance, instead of working from start to finish on a specific dish, cooks had an “assembly-line” style role in preparing and making food. Georges Auguste Escoffier, influenced by Marie-Antoine Carême, is famous for bringing about these time-saving reforms that completely revolutionized the inner-working of haute cuisine French kitchens. He became a world renown celebrity chef, employed in major cities all over the globe. His Guide Culinaire became a bible of sorts that established culinary “rules” and ensured a uniform education for future chefs. It was also in the 19th century that Le Cordon Bleu, the iconic school of culinary arts, started offering classes.

The era of what is called “nouvelle cuisine” came about in the 1960s when Henri Gault of Paris-Presse sharply criticized French cuisine, calling it stagnant and unchanged since the Second World War. He partly blamed the Michelin star system which he believed encouraged complacency and hindered innovation and creativity. He would famously criticize the starred restaurants and laud the navarin dishes (lamb or mutton stew) of “lowly” auberges (inns)! With his colleague Christian Millau, the first Gault et Millau guide came out in 1972. They celebrated simpler, lighter, modern and creative foods that had shorter cooking times and more nutritional value – the opposite of cuisine bourgeoise! These men helped bring famous chefs like Joël Robuchon, Gaston Lenôtre, and Paul Bocuse to the attention of the French public. This movement also inspired a food science trend: molecular gastronomy managed to turn the French chef into a chemist and give him the tools to create new tastes and radically expand the world of culinary possibilities!

Undeniably, French cuisine has lost some of its hegemonic power: there are simply too many interesting newcomers on the international scene of haute cuisine that outrank the current slew of French chefs. However, I believe that the continued success of French cuisine today is not negligible. For instance, accomplished American chef Thomas Keller, who has notoriously been awarded three star Michelin ratings in two of his restaurants in the United States, mainly serves French food and has named one of his most successful restaurants “The French Laundry”. It remains to be seen whether the prestige and allure of French gastronomy will endure. Who knows what revolutionary dish the new generation of French chefs might cook up?