This dish and the technique of cooking poultry in wine may be another example of Roman contribution to culinary history! Legend has it that Julius Caesar introduced coq-au-vin in France: the Celtic Gauls supposedly sent Caesar a rooster during the Roman occupation, which he had prepared by his chefs in herbs and Roman wine, before returning it to his enemies. The recipe typically calls for braised chicken in wine, though people in the 17th and 18th century usually substituted the rooster for a cheaper meat. Also, unless slowly cooked for a long time, rooster was not tasty. On the other hand, chicken was a lot easier to cook and did not require lengthy amounts of cooking time to be savory. This dish is traditionally associated with the province of Burgundy, in great part thanks to Julia Child who enthusiastically promoted this regional version of the dish in her book Mastering the Art of French Cooking (1961) and hit television show French Chef. 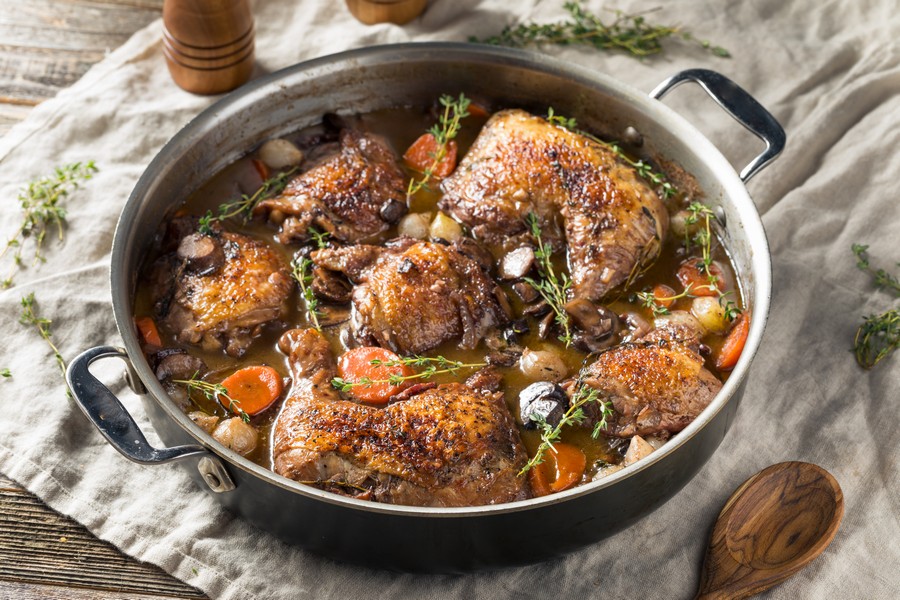