Frog Legs or Why the French became known as Frogs

Whether sautéed, deep fried, grilled or baked, a good deal of preparation goes into cooking frog legs (especially the marinating and seasoning processes). In France, I have mostly come across fried cuisses de grenouilles with garlic, parsley, butter and lemon. Their taste is often likened to a mix of chicken and fish. The popularity of frog legs in France is the reason for some of the most popular nicknames used to designate a French person – “Froggie” or “Frog eater”! This stereotype is actually founded on hard data: in 2013, France was the greatest consumer of frog legs, importing thousands of tons every year! Ironically, an archaeological dig at the Stonehenge site in England revealed frog leg bones next to fish bones from the 7596 and 6250 BC, about 8000 years before the first mention of frog legs in French medieval cookbooks! The dig team leader explained: “Frog legs are full of proteins and are very quick to cook: they are the Mesolithic equivalent of fast food.” 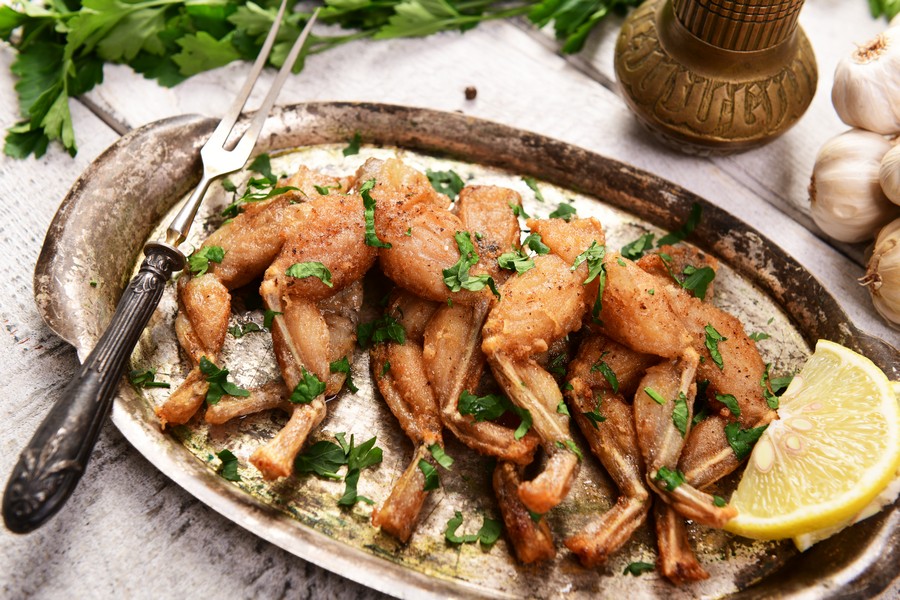